The four days tour will start from Marrakesh where we will meet time; this city was an old capital of Morocco’s ancient monarchs, and it is named to be the capital of the Maghreb Union. At 8 am we will drive through the High Atlas Mountains that is known by the highest top in Morocco 4,167m named Toubkal Through the Tizi N’Tichka passage on the mountain and enjoy the various landscape views. On the we will have a break for a tea with mint or coffee at one of the Amazigh Hamlets. The next break will be at Ait Ben Hadou village to visit the Kasbah of Ait Ben Hadou; an old building that is for collective living, this Kasbah is nominated as a heritage in 1987. This Kasbah and the region is very important for the industry of film making (famous movies like the man who would be king in 1975 and many others) it is also a fortress on the Salt Road where caravans from different regions came to buy slaves, gold, ivory salt. Here we will enjoy the special food of the region. Then we will continue the path towards the Dades Valley, through the Kalaat Magouna; a town known by hectares of roses you can admire on May, Skoura Amazigh villages surrounding the valley of Dades; this valley which is shaped in a form of gorges long time ago, here we can spend the first night.

The second day after a tasty breakfast. The caravan will continue the road through the valley admiring the amazing rock formation ( the monkey toes) and the integration of the of Kasbahs within the beautiful nature to name but a few the amazing Kasbah of AitYul from the 19 century. Entering Tinrghir region and the Todra Valley and its panoramic landscape view and surrounding Amazigh villages. In the Todra we will have a walk through the river with its amazing 300m high red cliff which a favorite destination for many to practice this sport.

will be served either in Rissani or Erfoud; two town oasis in the Sahara, before leaving to the village of the golden sand where you will be welcomed with a tea with mint then checking in a Hotel or Riad and spend the night.

The third day in Merzouga will start after a delicious breakfast with a visit to explore the area. We will visit the people living in Khamlia Village; who came from southern countries of Africa as slaves in the past and integrated the Moroccan society, listen to their music and experience their at the (tent). Near this we can see the lake of Merzouga or lake Dayet Srij which was dry for a long time, but today welcomes many various birds including the amazing colony of greater flamingos. The visit may also take you to the where many Amazigh handicrafts are sold at a very good price. Back to the hotel or Riad for and relax after that you will go for a camel ride with an experienced local camel guide who will take you to explore the sand-sea of the Erg-Chebbi for 2-3 hours before dinner. If you prefer to spend the night under the stars around a fire-camp to enjoy the fresh air with local music and the wonderful stars on the sky and sleep in a traditional Amazigh tent.

The next day you will wake up very early to admire the sunrise shining on the golden sand. After that you will ride back to the Hotel or Riad through the dunes of Erg Chebbi color changing with light of the sun appearing slowly. Arriving there you can enjoy a fresh shower and a tasty breakfast.

The tour will continue to Fez ity; the old capital of Morocco known as the scientific capital of Morocco because of its old Karawiyin Madrassa or the oldest University in the world recognized; the city as a world heritage by UNSCO in 1981. Before we ome to the last destination and end of services, we are going to cross Errachidia the capital of the Daraa Tafillat Region, we will enjoy the Ziz gorges along the way and pass through Tunnel Zaabal which is if we can say the border to start a new landscape view. 30 minutes from the city of Midelt; there is the Tizi N’talghamt or the passage of the camel in the Middle Atlas mountain, we will pass from Midelt city which is known by its apple production and old Plumb mines of Minladen and Ahouli. Arriving to a small village called Zaida we will have lunch; barbecue and mint tea. Then the trip will continue to Azrou, an Amazigh town surrounded by the Cedar forest and stop to feed the Altlas monkeys. After that we will go through Ifran (the European village) because of its architecture and beauty surrounded by the Cedar forest, stopping to take pictures and have a drink. In about 30 minutes the trip tour comes to its end. 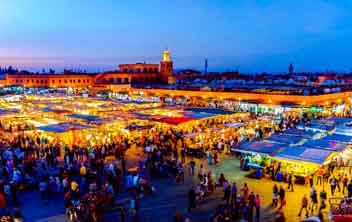 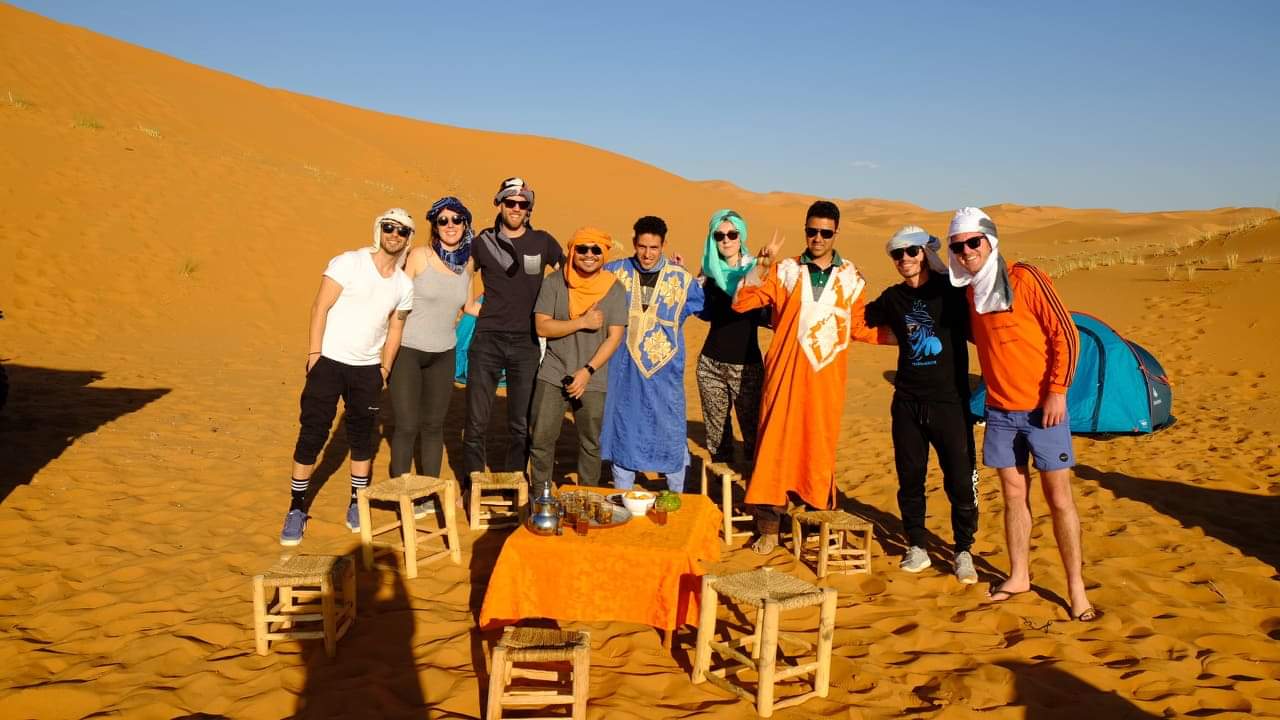 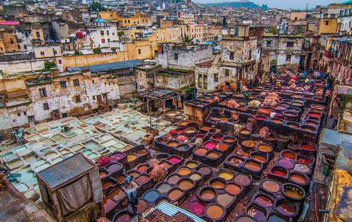